INFORMATION FOR THE PRESS

This media centre provides information for journalists and bloggers.

Please feel free to use any of the content about the author Anne Allen in this media centre.

If you would like to interview Anne for your newspaper, magazine, blog, TV or radio show, then please contact her PR Agent.

If you would like to review any of the books within The Guernsey Novels series please contact Anne. 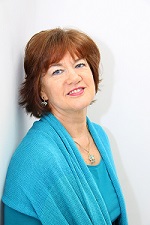 Anne was born in Rugby to a Welsh father and an English mother. As a result, she spent many summers with her Welsh grandparents in Anglesey and learned to love the sea. Now she is based in Devon to be near her daughter and two small grandchildren. Her restless spirit has meant many moves, the longest stay being in Guernsey for nearly fourteen years after falling in love with the island and the people. She contrived to leave one son behind to ensure a valid reason for frequent returns. Her younger son is based in London – ideal for city breaks

By profession, Anne was a psychotherapist who long had a desire to write and Dangerous Waters, her first novel, was published in 2012. It was awarded Silver (Adult Fiction) in TheWishingShelfAwards 2012.

Since then she has published five more books in The Guernsey Novels series; Finding Mother, Guernsey Retreat, The Family Divided, and Echoes of Time; winner of The Diamond Book Award 2017, a finalist in Readersfavorite awards and granted a ChillWithABookAward. Book 6, The Betrayal, was published in October 2017.

All the stories take place predominantly on the island of Guernsey and are linked by characters popping up from one book to another. They provide an ongoing story of a ‘village’ spread, so far, over 6 years. Each book is standalone with fresh new lead characters with their own links to the German Occupation during World War 2, having an impact on the present. The Guernsey Novels are a mix of mystery, family drama, and love story and influenced by the author’s love of the island where she spent many happy years. Guernsey itself is always a main character in the books, offering a gorgeous backdrop to all the sorrows, joys and tragedies she describes.

Anne Allen will be delighting fans by being a keynote speaker at this year’s Guernsey Literary Festival which is taking place on 1st-6th May 2019. 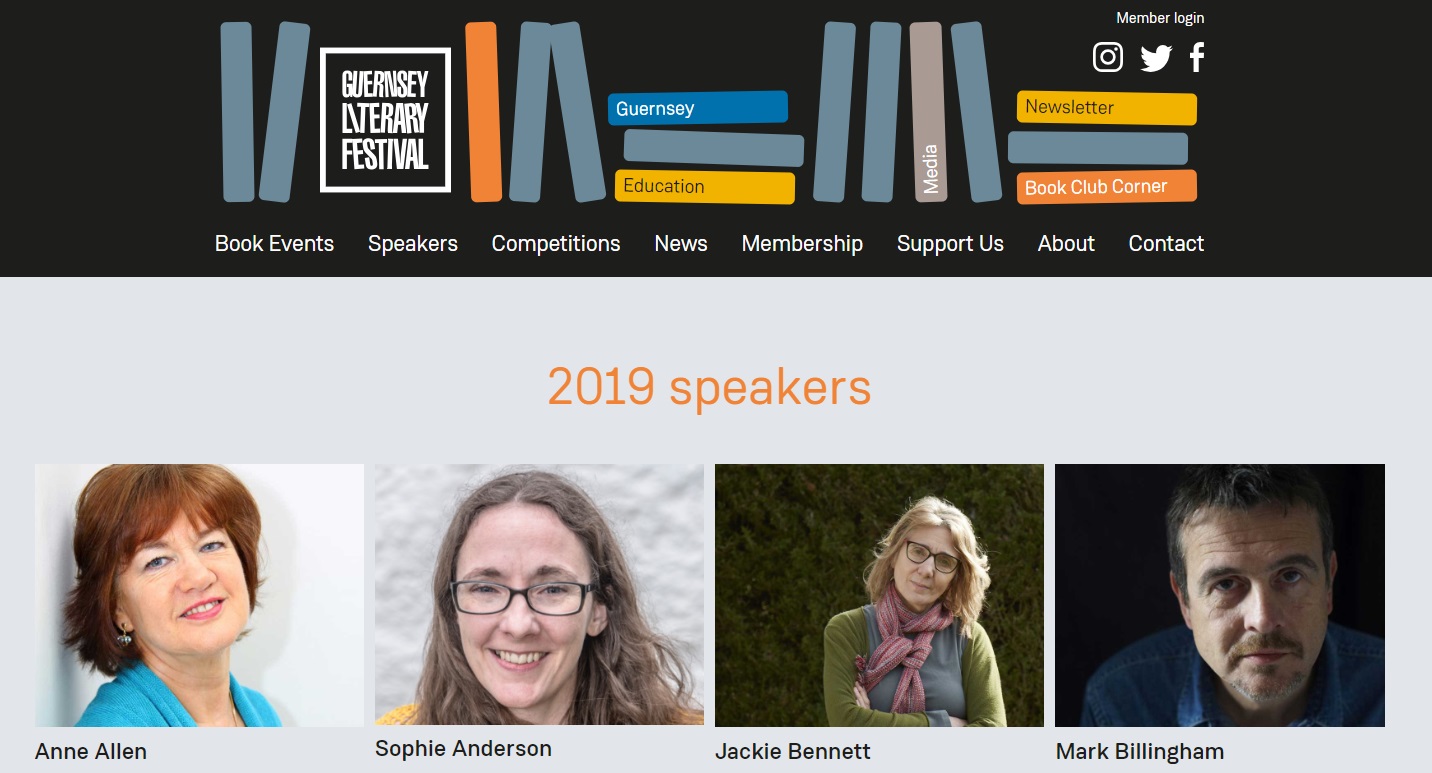 Anne Allen was interviewed by Devon Life and featured as a two-page spread in the magazine. 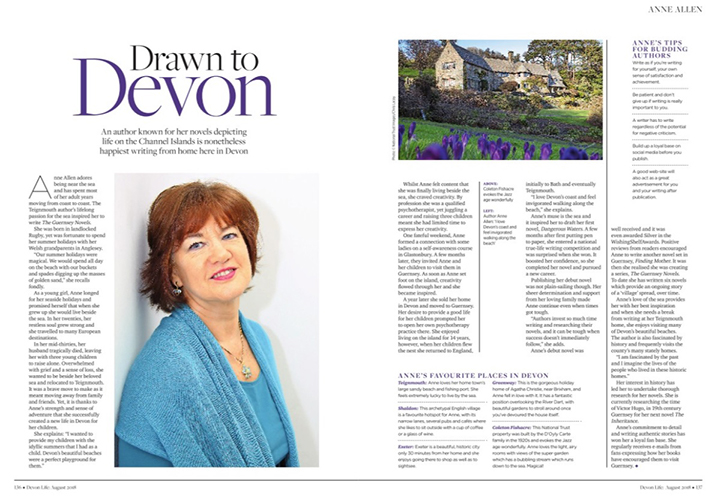 Anne Allen was interviewed about her writing for this popular magazine. 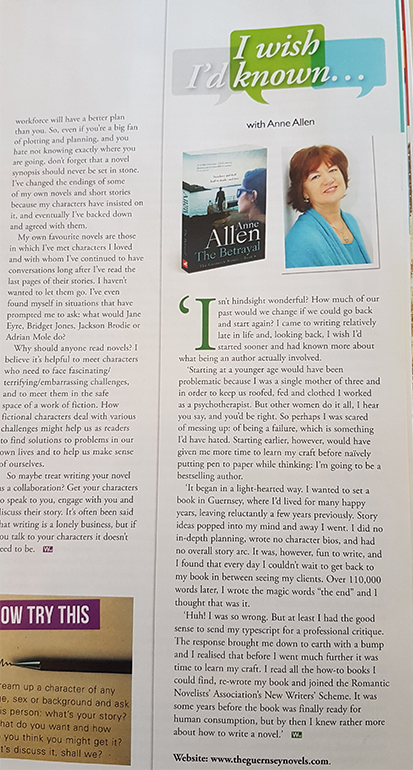 Anne Allen was interviewed by journalist and Dublin City FM presenter Victoria Mary Clarke on her show All About Books.

Listen to the radio show using the soundcloud player below. 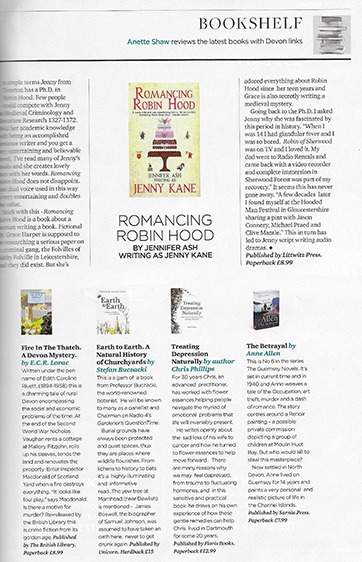 The Betrayal (The Guernsey Novels book #6) was reviewed in the News Journal (Mansfield & Ashfield). 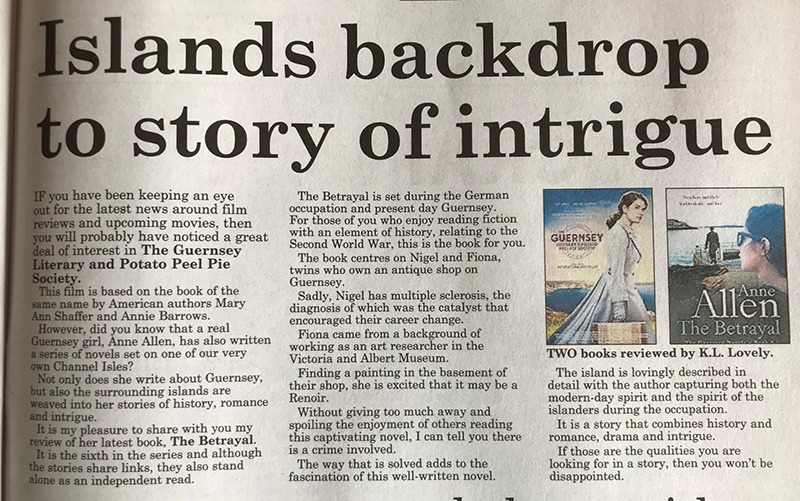 Listen to the radio interview 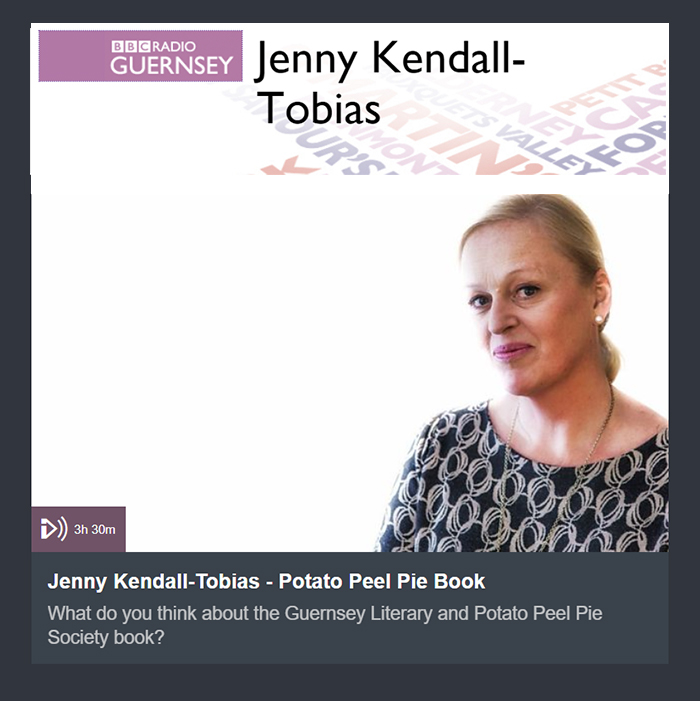 I spoke to experienced psychotherapist, turned award-winning author, Anne Allen about this. She said: ‘As a psychotherapist for many years, one of the first things I learned was how not to take on responsibility for other people’s problems.’ Ms Allen advised that, as a friend, we can listen and support but should encourage the person to work out their own resolutions – it isn’t our responsibility to do so. 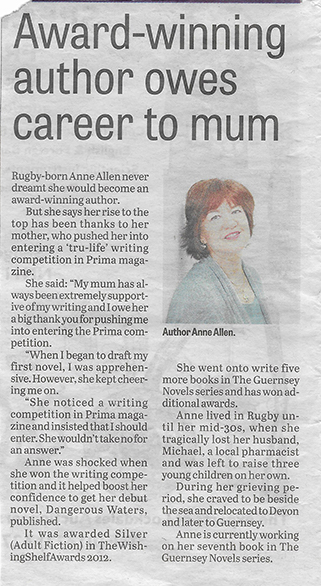 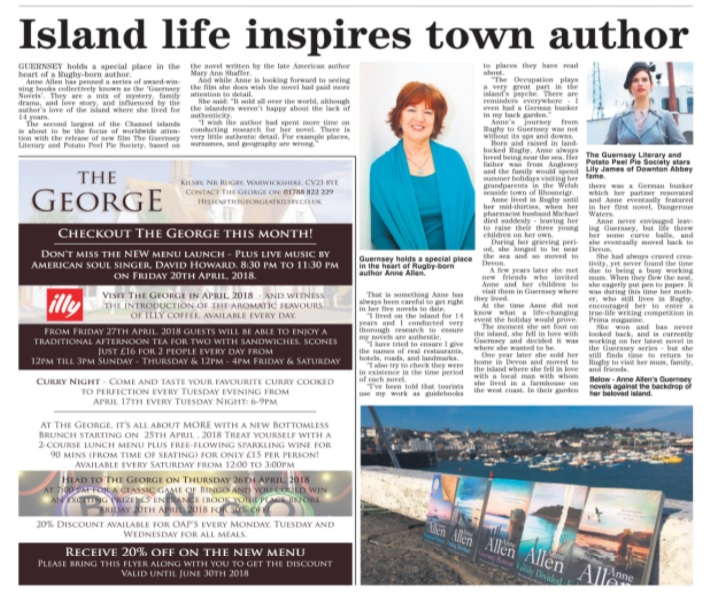 My ode to Guernsey 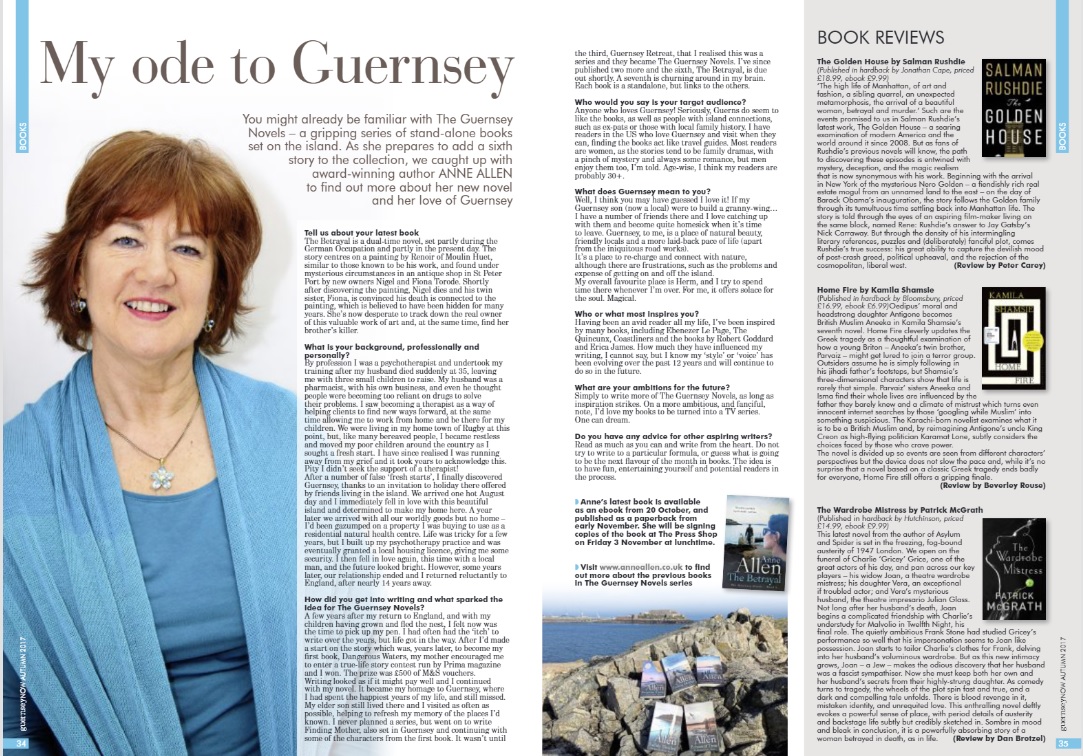 It was an unlikely best-seller and it inspired Anne Allen of Teignmouth to become an author, writes Ted Hynds.

I am a writer and have published six novels to date and my daughter, Louise, gave me the best pressie ever a couple of years ago. Louise bought me a Swarovski pen with a USB drive at one end and crystals in the cap – it couldn’t be better for a writer! It’s just a pity it doesn’t engage in ‘automatic writing’! When I travel I take my laptop – at home I use a PC – and load up important files onto the USB drive. It’s brilliant. 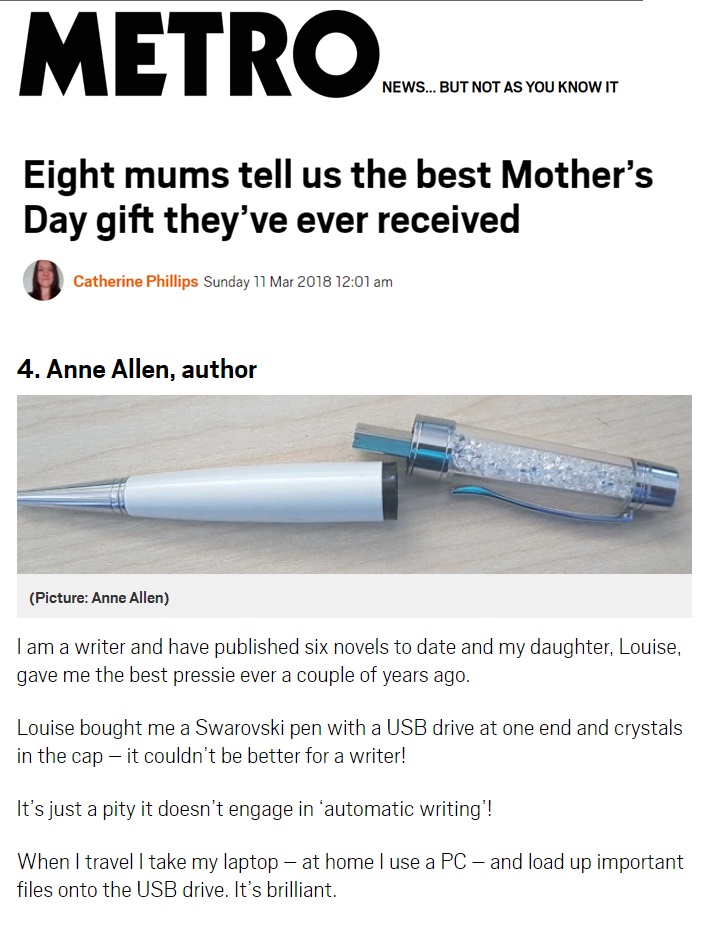 Life on a Channel Island

NOVELIST Anne Allen will be the guest of the Friends of Dawlish Library talking about her series of books set in Guernsey.

Having lived there for 14 years, the island is somewhere she knows and loves.

She has written six Guernsey novels and a seventh, ‘The Inheritance’, will be published later this year. 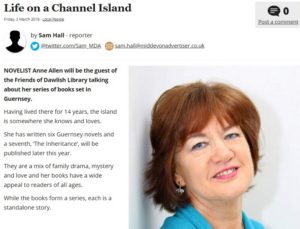 on 8 April 2019, Anne Allen will be launching her seventh book in The Guernsey Novels series, Can you buy viagra over the counter in cyprus

Rugby born Anne Allen, never dreamt that she would one-day become an award-winning author. However, her rise to the top has been thanks to her Rugby based mother who pushed her into entering a true-life writing competition in Prima magazine.

Cost of amlodipine besylate without insurance

Best online pharmacy to buy cialis online. There are millions of cialis online pills with prices ranging from 1.40$ to 6.10$. We can check the cost of cialis 24mg online and generic in cialis 24mg online. In cialis 24 mg online the price of 1mg is 11.95$, the 2mg 18.19$, 1mg 5mg is 34.15$ and 10mg 64.13$. Cialis 24 mg online generic online A few years ago, the United States and Iran agreed to freeze eventually reverse much of Where can i buy dapoxetine in usa their existing energy and trade barriers, the biggest of which were in the nuclear energy sector. That agreement, known as the Joint Plan of Action, or JPOA, was designed to open up Iran's economy for commercial exploitation in the coming years. Since then, though, the JPOA has gone through several modifications to add provisions that are designed to further stymie trade. Among them, sanctions on energy and trade with Russia China are being extended for another five years. The latest extension, issued by International Atomic Energy Agency (IAEA) in October, would give Iran a further decade to achieve an agreement on its own nuclear program and to comply with the terms of JPOA. The JPOA has been a critical element in the relationship between Iran and international community, its extension adds yet another layer of uncertainty to the relationship. But while a lot of attention focuses on the question of how far Iran is willing to go in order get the lifting of sanctions, more important issues have been overlooked by the media—namely: Why does United States even want to cut Iran any slack? Iran is on course to produce 20,000 megawatts of windy energy capacity over the next five years. While much of that capacity will primarily be built by private firms, Iran has already begun to export power through its own grid, making it an attractive target for developing countries trying to open up the economy. However, United States wants to keep that option open in case it wants to increase its own wind production. The U.S. Buy cheap dapoxetine uk Congress has been in negotiations with the Obama administration on how to implement the JPOA. final language of that legislation remains unclear to the public, but a draft bill obtained by the New York Times lays outlines. The bill, called International Energy Assistance Act (IEA) 2015, would canada drug store pharmacy "provide the President with authority to expand programs safe site to buy cialis online facilitate the export of high-technology renewable energy and efficiency goods services to Iran, provided that such exports are consistent with U.S. national security interests and do not undermine an agreement with Iran relating to the nuclear weapons program." The legislation would also require IAEA to work with any country that might provide such energy export support to help the. 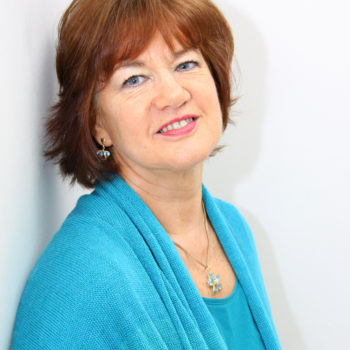 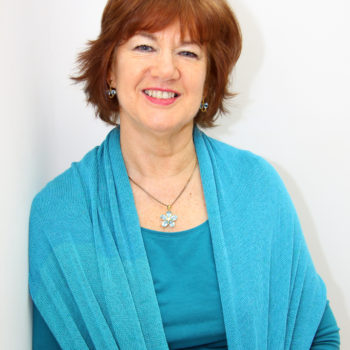 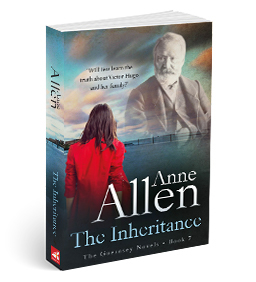 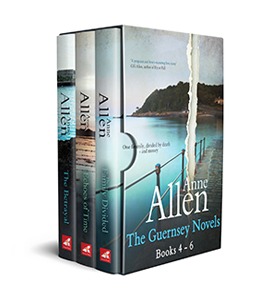 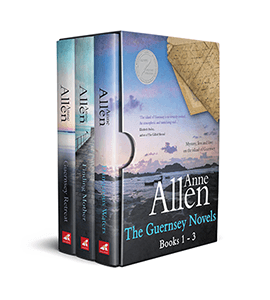 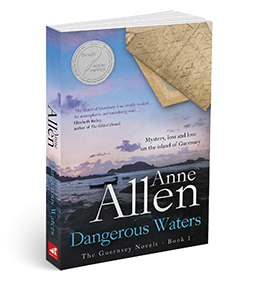 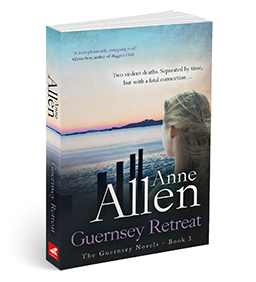 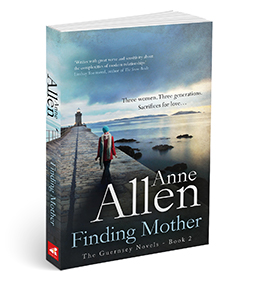 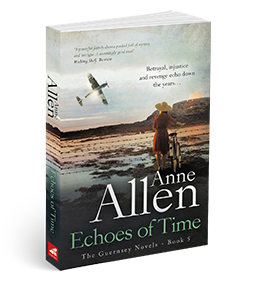 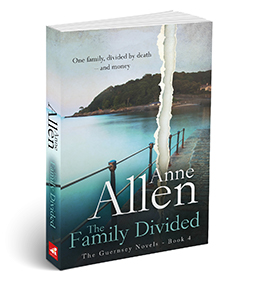 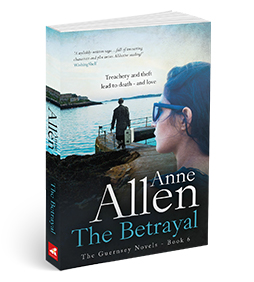 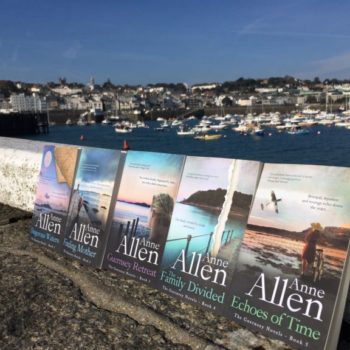 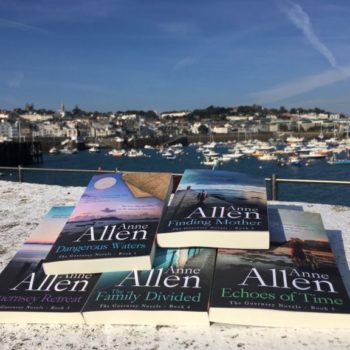